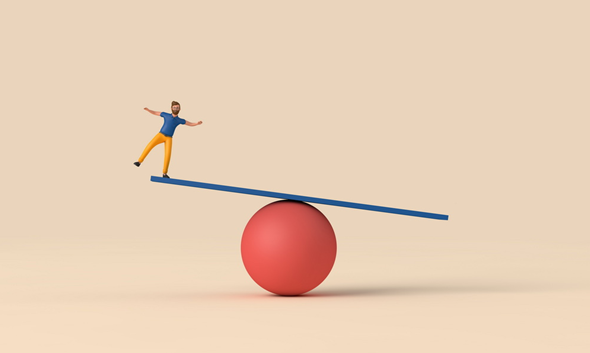 It used to be that job stability was high on the list of priorities among American workers. Those of us old enough to remember the Nixon administration also remember our parents stressing the importance of finding a good job we could work for 40 years until retirement. Today’s younger workers do not have that mindset. Job stability is much less important to them compared to their parents and grandparents.

If you are a business owner, this should matter to you. The baby boom generation has finally reached retirement age. The oldest Gen Xers are only about a decade away from retirement. By the end of the 2030s, the vast majority of people in the workplace will be millennials and Gen Zers.

How a business accommodates Gen Z now will affect the trajectory of their businesses a decade from now. It is really a ‘pay me now or pay me later’ scenario. Better to get it right now and keep things moving forward.

More Than a Resource

Baby boomers and early Gen Xers seem to be content with the concept that workers are human resources. They haven’t much cared what the HR department thought of them as long as they had steady work and collected a good paycheck. They have been happy to settle in and be a cog in the wheel while stashing away retirement benefits.

So what changed? America’s values changed. Over the last couple of decades, we have seen a seismic shift in how people view corporate responsibility. We have seen a growing demand among younger workers to be treated as human beings rather than human resources. There is a significant difference.

By their definition, resources are expendable. They are consumable. Take lumber. It is a resource used to build everything from houses to furniture. Manufacturers consume lumber in unbelievable qualities. In order to stay in business, they need to plant new trees to replace the ones they cut down.

Workers are not mere resources to be consumed and replaced in an unending cycle. They are not objects to be used to benefit the company. Workers are human beings that provide labor in exchange for pay. That means the relationship between employer and employee is a business relationship. It should be treated that way.

Unfortunately, far too many employers have lost sight of that relationship. Dallas-based BenefitMall says that, in recent years, the net effect of doing so is observed in the Great Resignation. Employers have lost millions of workers who have chosen to resign for the purposes of looking for greener pastures elsewhere.

Unafraid to Take a Chance

If we have learned anything from the Great Resignation, it is the fact that younger employees are not afraid to take a chance. They are not afraid to leave behind what appears to be a stable job in favor of working for another company, starting their own businesses, etc. This should matter to employers. If it doesn’t, employers will find themselves facing an even bigger problem a decade from now.

Younger employers have come to realize that even the most stable jobs do not promise what they claim to promise. How many younger people lost their jobs during the pandemic? How many of them found themselves struggling to pay their bills and having to embrace the gig economy to stay afloat?

Job stability is only as good as the underlying economy. Younger workers get it. As a result, they do not depend as heavily on job stability as their older counterparts. That matters to employers because it makes retention that much harder. Welcome to the new normal.

Wed Aug 10 , 2022
A mutual fund is a type of investment that pools money from many investors and invests it in a portfolio of securities. Mutual funds are managed by professional money managers, who invest the fund’s capital in stocks, bonds, short-term money market instruments, and other securities. The primary advantage of investing […]