Government regulators have access to a full range of tools for protecting markets. One of those tools is the quota. When implemented properly, quotas control the volume of goods being imported or exported over a predetermined amount of time. Importers and exporters are required to report volumes to regulating authorities.

Quotas are essentially trade restrictions. They limit the amount of goods that an entity can legally import or export. They can be imposed on either volume or monetary value. For example, one quota could limit the number of cars imported from Japan. Another quota could limit the total value of imported car parts to a certain dollar amount.

Regulators enforce quotas by requiring importers and exporters to report transaction details. According to Vigilant Global Trade Services, an Ohio company involved in the global trade industry, paperwork has to be filed with government regulators whenever goods are imported or exported. Included in that paperwork are details about product volume, value, and destination.

In the U.S., we utilize three different types of quotas. Absolute quotas rely on limiting volume. Tariff-rate and tariff-preference quotas are applied to imports based on the value of a particular good or service. They are usually enforced through tariffs and duties.

Quotas are part of a much larger package of trade restrictions intended to protect domestic interests. The goal is to prevent other countries from gaining a significant market advantage for a particular product or service. Quotas are sometimes utilized to offset trade imbalances. They are more effective than tariffs because they can be imposed on a targeted basis.

Quotas on exports are designed to force companies to concentrate on domestic markets as much as they do on foreign markets. In theory, this maintains quality and attractive pricing here at home. With quotas in place, companies cannot ignore their domestic customers while relying exclusively on foreign customers to support their businesses.

Placing quotas on imports has the same effect but in reverse order. By restricting the volume or monetary value of goods imported into the U.S., the government prevents foreign companies from undermining domestic markets. Quotas prevent flooding the market with cheaper imports. They help prevent dumping.

Proponents insist that quotas are a way of maintaining a delicate balance between imports and exports. In theory, achieving trade balance for targeted goods and services inevitably leads to cumulative trade balances across the board. Practically speaking though, that rarely happens.

More often than not, quotas are utilized as a tool for leveling the international trade playing field. If one country is believed to be engaging in unfair trade practices, another country might impose quotas as a means of regaining some semblance of balance, thereby protecting its own interests.

When all is said and done, quotas represent just another tool government regulators utilize to control trade. The general thinking is that international trade must be regulated as closely as possible. Otherwise, corporate entities would be free to control global trade as they see fit. Were that allowed to happen, a global oligarchy is the feared result.

Whether or not any of us agree with quotas is irrelevant. They are utilized around the world. As long as government regulates international trade, they will set quotas as they see fit. 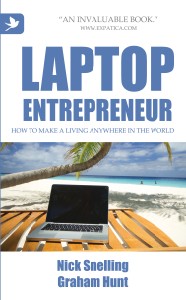